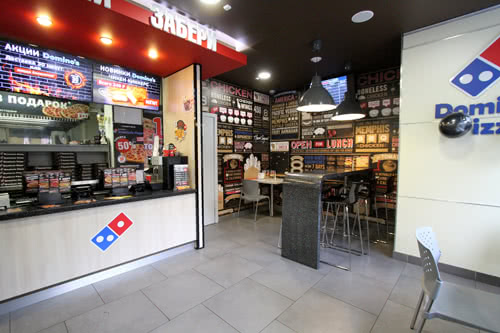 As of 2016, the company has 12,100 branches in more than 80 countries of the world under the franchise license. Over the long time, the company has created a successful business model which allows Domino's to continue rapid development and make pizza, winning over hearts of the people worldwide.

To become an owner of a Domino's restaurant means to become part of a huge team and gain success. Using this financial model as a basis, you will be able to operate your own restaurant and develop it. This quick and effective start of business will not only bring profit, but also pleasure.